Best Cities in Texas to Invest in for Multifamily in 2020 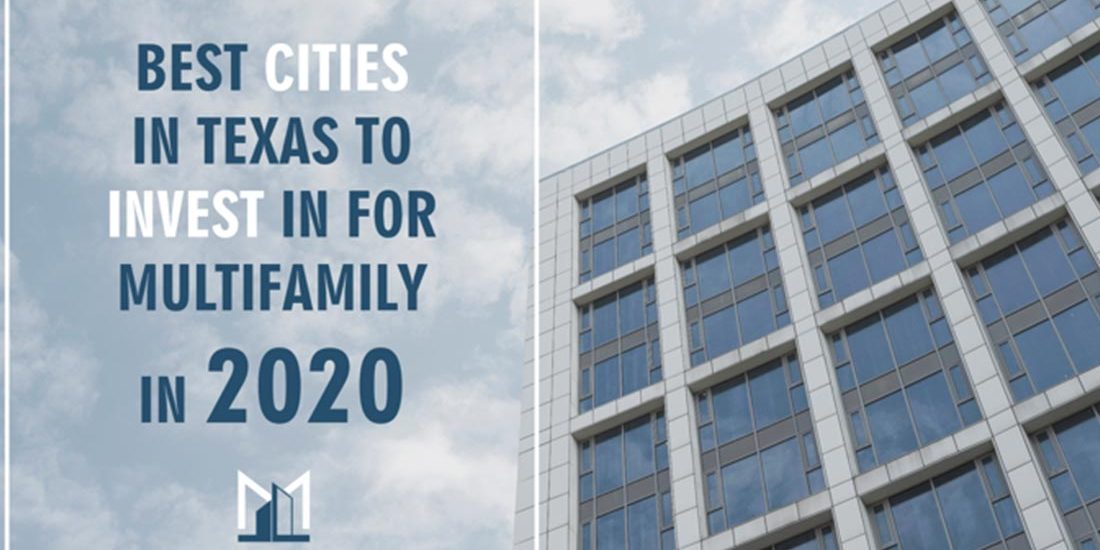 Best Cities in Texas to Invest in for Multifamily in 2020

As the U.S. prepares to undertake a new countrywide census, many individuals are wondering what the current population statistics look like from place to place across the country. Whether looking for information on job opportunities or the best place to invest in commercial real estate, taking a deep look into local statistics will help any investor make more logical investment decisions – especially when looking for multifamily real estate options.

An easy way to get a handle on growth is to look at family housing numbers particularly within multifamily housing. Across the country, multi-family permits grew 15.2% m/m in the first month of 2020. The breakdown is as follows:

Everything is bigger in Texas – including rates of growth across multiple spectrums. From job growth to income, Texas has seen a steady rise across the board. Certain cities have seen skyrocketing population growth and median income rates due to economic opportunities and development. Let’s take a look at several key areas of growth in Texas, broken down by various main cities.

According to statistics from 2019, the U.S. Census Bureau places the Texas population at just under 29 million people (28,995,881). That number is up by nearly 28,701,845 in 2018, and a 15% overall increase from 25 million during the 2010 census. While it may be difficult to grasp those large number as a whole, breaking down specific cities can give a closer look at where progress is being made the quickest:

While still much smaller than the rest of the cities listed, Austin has seen the greatest increase in population growth over the period from 2010 to 2018, and will likely see similar growth when the 2020 census results come in. While Houston remains the largest in population size, San Antonio has actually seen a quicker increase than both Dallas and Houston.

Another great indicator of regional progress is job growth in various sectors. While some jobs are dependent on geographical locations, the overall job numbers have always been used to gain insight into both the growth potential of a particular region, as well as economic health.

The unemployment rate overall in Texas has remained steady at around 3.4% and has seen varying percentages around that average in various cities. Let’s take a look at the four cities listed above at a little closer detail to give us some insight into which city in Texas may be a great choice for a future move:

While each of the four cities above rank well in their overall population growth and opportunity indexes, it is important to note that on average, the city of Austin, Texas is enjoying both a steady job growth rate and median income rate while having the lowest unemployment rate across the cities listed. All of these realities combine to offer great reasons to move – but are the right reasons there for considering multifamily real estate opportunities?

There are many factors to take into consideration when it comes to these numbers, and just because job growth statistics look favorable for a particular city, it may not correlate with a great multi-family investment. And it is for this reason, Austin is not #1 on our list, but instead, San Antonio, Texas moves into first place in terms of the best city for multifamily real estate investments in Texas.

San Antonio not only has a job growth rate and median income trending upwards, but it is also located to nearby Austin, Texas and has the benefit of offering more affordable housing for commuters to the Capitol city. Additionally, San Antonio is home to Lackland Airforce Base which employs over 25,000 people and continues to be a steady driver of the local economy.

Texas continues to be a great choice for those looking to invest in multifamily real estate. With ample opportunities for work and play, the many cities in Texas continue to enjoy top-ranked spots on lists of cities that are considered the best to live and invest in.

Interested in passively investing in multifamily assets, Contact MarketSpace Capital to get started – our team of multifamily investment experts are ready to help guide you through this process.