Texas vs. Georgia
for Multifamily Investing

“Gut feel” is typically cited as one of the main factors driving big real estate investment decisions. In many circumstances, it can be a proxy for years of expertise in a single market or submarket, which might be hard to recreate in other locations and too dangerous in today’s fast changing environment. With the pandemic upending how and where people live, organizations evaluating remote work practices, and overall economic uncertainty, data analytics and deep location insights that can gut check gut feel are more vital than ever before. 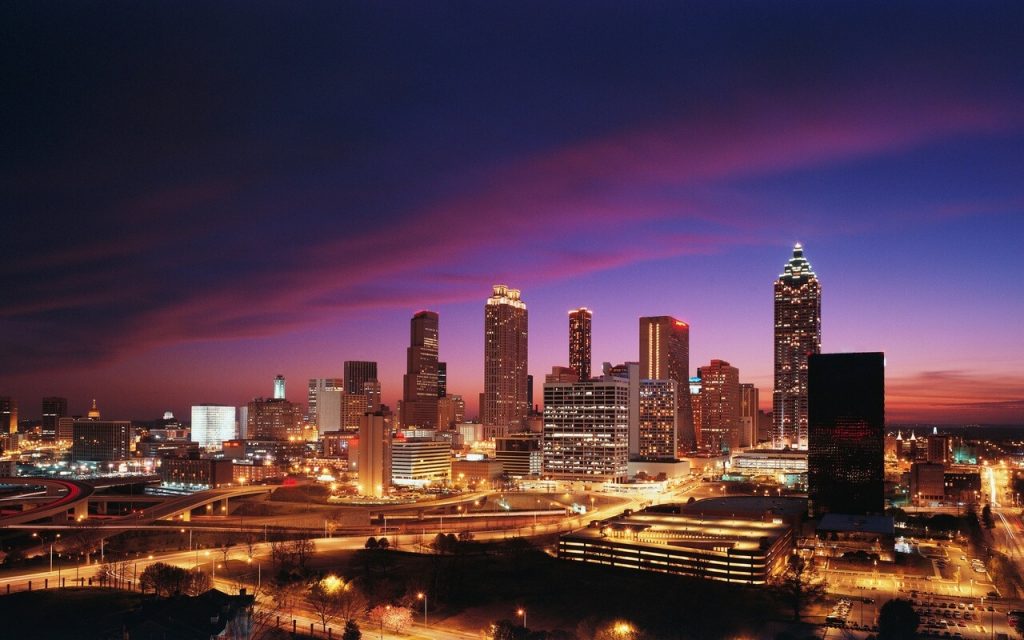 When making real estate investment decisions, we at MSC strive to have a thorough understanding of cities so that we can rethink the way we make investment decisions. By relying on billions of data points on lifestyle characteristics, real estate market and demographic aspects, we provide a comprehensive picture, making our analyses deeper and more efficient. Here, we examine on how to harness detailed local data in order to aid a multifamily residential developer who has been successful in the Uptown neighborhood of Dallas discover a potential site in Atlanta, a market new to the firm. We especially allow users to automatically search locations by investment thesis, compare neighborhoods and obtain extensive and relevant data on each address.

Uptown, Dallas Consider the following example: a Dallas, Texas-based development company has recently completed a successful project in the Uptown district in Dallas, Texas and now intends to reproduce its success in other parts of the country, beginning with Atlanta, Georgia. As Dallas residents, the development business understood that Uptown is frequently named as one of the liveliest neighborhoods to live-work-play in the city.  Our unique in-house lifestyle indicators clearly reveal the region is walkable, has outstanding restaurant and café selections and provides desirable proximity to parks and even schools. With regard to all of these variables, the district is a clear winner when compared to other regions of the city. The majority of Uptown’s residents, the Gen Z and Millennial tenants, appreciate the neighborhood’s abundance of bars, restaurants, and supermarkets. For the development company, Atlanta would be a good place to grow its portfolio outside Dallas.

At least certain Atlanta neighborhoods and submarkets are comparable to Dallas’ vibrant Uptown, according to MSC research findings. Over the last decade, the metro area’s population has grown from 5.5 million to over 6 million, thanks in part to strong job development. The city’s mayor and city planner have both stated a strong desire to increase density and the number of houses in the city in order to lower the cost of a home.

The Big Peach shares many similarities with Dallas, which makes it a great choice for a successful investment transfer from Texas. It is clear that both cities are driven cities, with their downtowns developed around a major highway and a network of smaller roads surrounding it. Household size, age and median income are also similar in these cities.

While there are some similarities between the two cities, there are also some significant differences. Compared to Dallas, Atlanta features more older structures and a higher percentage of apartments. This could be an opportunity to revitalize older, undervalued neighborhoods that are already designated for multifamily construction or could be so zoned under the current city administration’s housing vision.

Our investment technique for finding new Atlanta hotspots considers essential neighborhood characteristics like housing mix, vibrancy, and age profiles that have historically made Uptown a lucrative location for developers. Out of all of these fascinating areas, we’ve narrowed it down to just three. For our Dallas-based developer, these communities could be undiscovered treasures, as we’ll explain in the next sections.

Buckhead Village is the Atlanta neighborhood that closest resembles Uptown. Uptown-style walkability, proximity to restaurants, schools, and nightlife are all available in this neighborhood. In addition, it has a similar housing mix and proportion of renters like Uptown.

The Old Fourth Ward is the next neighborhood on our list of comparable areas. In terms of walkability, vitality, and automobile friendliness, it is more akin to Uptown than Buckhead Village due to its more central location. However, it lacks the same amount of restaurant and cafe choice as the former, with the majority of these options located in the area surrounding and including Jamestown’s Ponce City Market.

However, this neighborhood has the potential to be an excellent investment. Old Fourth Ward has a lower median family income, a smaller percentage of residents aged 20 to 34, and about 20% of its buildings date back to 1960 or earlier than the rest of the city. This is in contrast to Buckhead, which is more affluent and has undergone renovation. Because the Atlanta Beltline, which has played a key role in the neighborhood’s growth and popularity, is expanding its restaurant and retail offerings, it’s worth checking out the local landmarks.

As a last example, we’d want to draw attention to the West Midtown neighborhood of Home Park, which is located near Georgia Tech, along a highway, and not far from downtown Atlanta’s bustling shopping and dining districts like the White Provisions District.

Even while Home Park and Uptown, Dallas aren’t as similar, there are some noteworthy similarities between the two neighborhoods that could point to the developer’s investment thesis’s success. Huge and modern apartment buildings, for example, are home to a large number of young renters.

At first appearance, you would not think this neighborhood has much in common with Uptown. It’s possible that Home Park’s historic single-family craftsman style homes are all that many Atlantans remember about the neighborhood, which makes it seem less lively and walkable. Even yet, there are a few spots along bigger business corridors, including Howell Mill Road, where the energy of the Dallas neighborhood may be felt. For students and young professionals, additional, planned, and possible densification in the neighborhoods around this artery will continue to make Home Park a sought-after location.

Because cities are dynamic and ever-changing, locating a location that matches an investor’s investment philosophy isn’t always easy. Data-driven initiatives, on the other hand, can help automate this laborious process. With the information offered, it is possible to avoid common mistakes and find hidden treasure in hitherto unexplored marketplaces and locations.

With broad coverage in the United States, any development company can create its own specialty and focus on the area of expertise that best suits their business. You no longer need to be an expert on the ground in every place you visit in order to pick the best locations for new businesses.