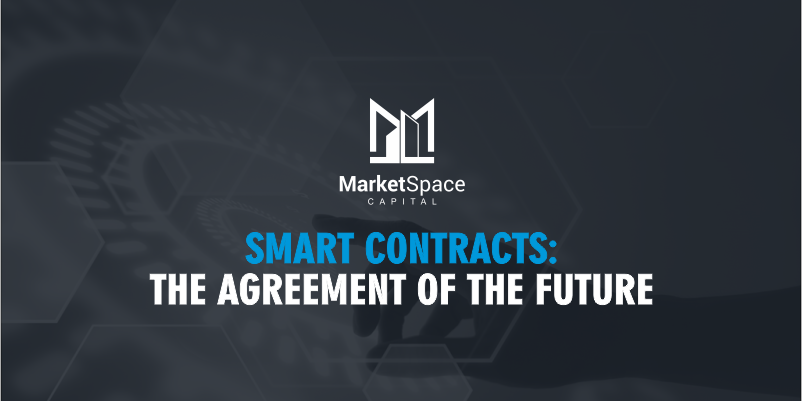 Smart Contracts: The Agreement Of The Future

Ethereum was the first platform to introduce the concept of a smart contract that could be deployed and executed on a distributed blockchain network. Ethereum is a public protocol that allows anyone accessing the Ethereum blockchain network to view the terms of each contract unless they are protected by encryption. This may prove problematic for contracts involving sensitive information (e.g., a hedge fund using smart contracts to execute a proprietary investment strategy or to quietly build a position in a particular stock). However, developers are actively building solutions to preserve confidentiality while taking advantage of public blockchains. Even with such perceived limitations, there is significant market interest across industries in smart contract applications because they could transform the processing and settlement of a wide range of contracts, from hedging and futures derivatives to automated payments under lease contracts.

Trade clearing and settlement Blockchains provide a single ledger as the source of truth, and smart contracts offer the ability to automate approval workflows and clearing calculations that are prone to lag and error—thus reducing errors, cost, and the time to settlement. Trade clearing and settlement often entails labor intensive activities that include various approvals and/or complex internal and external reconciliations. Banks maintain substantial IT networks, but independent processing by each counterparty causes discrepancies that lead to costly resolutions and settlement delays.

The opportunity to streamline clearing and settlement processes with the blockchain and smart contracts is immense. In 2015, the Depository Trust & Clearing Corp. (DTCC) processed more than $1.5 quadrillion worth of securities, representing 345 million transactions. Santander Bank’s innovation fund, Santander InnoVentures, expects blockchain technology to lead to $15–20 billion in annual savings in infrastructure costs by 2022. Seven start-ups, retaining funding of more than $125 million, have platforms or services targeting this space: The list of more than 35 investors behind these companies is equally impressive; it includes not only major venture funds such as Khosla Ventures and SV Angel, but also large banks such as Citigroup, JP Morgan, and Santander, and other organizations such as NASDAQ and the DTCC itself.

Wall Street has also been busy exploring this space. More than 40 global banks within the R3 consortium participated in testing that included clearing and settlement activity, and many of those banks have pursued further trials individually. The Australian Securities Exchange is also working on a smart contracts-based, post-trade platform to replace its equity settlement system. Additionally, four global banks and the DTCC have recently run a successful trial of a smart contracts solution for post-trade credit default swaps.

Blockchain can make supply chain and trade finance documentation more efficient by streamlining processes previously spread across multiple parties and databases on a single shared ledger. All too often, supply chains are hampered by paper-based systems reliant on trading parties and banks around the world physically transferring documents, a process that can take weeks for a single transaction. Letters of credit and bills of lading must be signed and referenced by a multitude of parties, increasing exposure to loss and fraud. Current technologies haven’t addressed this issue because digital documents are easy to forge; even current IT systems at banks simply track the logistics of physical documents for trade finance. A blockchain can provide secure, accessible digital versions to all parties in a transaction, and smart contracts can be used to manage the workflow of approvals and automatically transfer payment upon all signatures being collected.

Because current paper systems drive $18 trillion in transactions per year, there’s an attractive opportunity to decrease costs and improve reliability in supply chain and trade finance. Four start-ups have emerged in this area, all of which have noted engagement with banks in proof-of-concept activities. Funding has not been disclosed, but backers include three respected venture funds in addition to Barclays Corporate Bank.

Several corporations have also shown mounting interest in this area. Seven banks have revealed proof-of-concept testing, and the numbers noted by start-ups indicate more that haven’t been publicly revealed. One start-up in particular noted an implementation roadmap with five banks as well as a major insurer. Barclays Corporate Bank recently partnered with one of the start-ups, Wave, a platform that stores bill-of-lading documents in the blockchain and uses smart contracts to log change of ownership, and automatically transfer payments to ports upon arrival. Bank of America, Standard Chartered, and the Development Bank of Singapore are also among the banks pursuing proof-of-concepts of their own.

Though there is currently no federal case law precedent directly addressing the enforceability of smart contracts, outside of a handful of state statutes, the agreed terms not represented in a natural language should not impact the general principle of enforceability around contracts. As a safe measure, smart contracts must comply with state writing and signing requirements dictated by the Uniform Commercial Code (UCC) and by state laws (Statute of Frauds). Additionally, the International Swaps and Derivatives Association (ISDA) notes any use of smart contracts must comply with existing legal requirements such as ISDA’s documentation standard [AS1].

Have you taken notice of the attention surrounding assets like Bitcoin or Ethereum but don’t have a sound grasp on the foundation of the technology? Take a look at an earlier blog of ours, The Future of Blockchain and Real Estate Tokenization Blog, where we break down the basics of blockchain. Have other questions around blockchain or another topic? Connect with us on Social Media or our Website!

What is Blockchain technology?

Blockchain is a method of recording information in such a way as to make it impossible to modify, hack, cheat, or change the system. Each block in the chain is made up of a set of transactions. Every time a transaction occurs on the Blockchain, an entry of the transaction is added to the ledger of each participant.

What is property valuation?

Real estate appraisal, property valuation, or land valuation is the process of developing an opinion of value for real property. Real estate transactions often require appraisals because they occur infrequently and every property is unique, unlike corporate stocks that are traded daily and are identical.