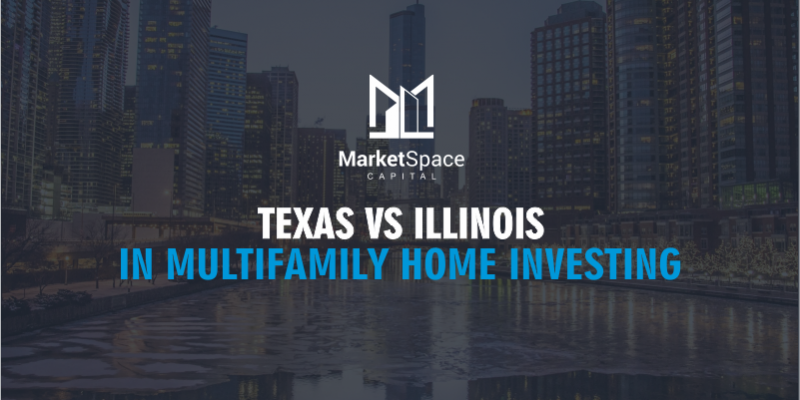 In order to ensure a consistent and high return on their investment, investors look for a number of reasons to invest in a particular state. Texas is one of the most popular states for real estate investors because it offers them the desirable investment opportunities they need. Before investing in multifamily real estate, there are a number of things to consider. Today, we’ll compare these variables between Texas and Illinois in order to determine which state is the best for multifamily home investing. 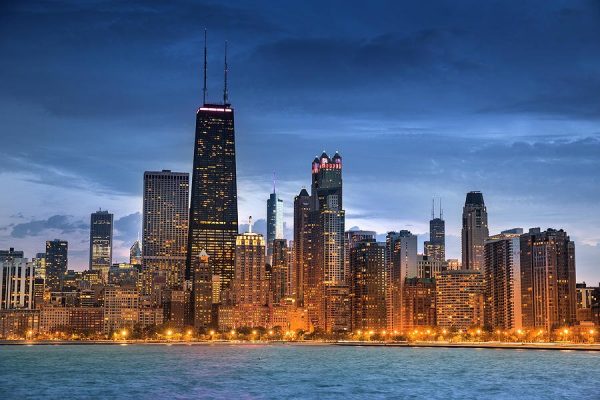 Age, gender, median income, and population all have an impact on your investment choices. Consider if the region’s population where you want to invest in is increasing or diminishing if you’re a landlord who relies on rental income. If it’s booming, future tenants will be in higher demand, and occupancy rates will increase. Higher rents and a better return on your investment will result as a result of this. Rental properties can become vacant as a city’s population declines.

In a state like Texas, there will still be a rental market. However, a significant number of people from other states, such as Illinois, have moved to Texas in recent years for various reasons. Among them are high living costs, taxation, a lack of available land, non-landlord-friendly laws, high housing prices, intense job competition, and other factors. You would be able to address all of these issues if you live in Texas.

The population of Texas was 29 million in 2020, a 2% increase over 2019. Illinois’ population in 2020 was 12.5 million, down 0.63 percent from 2019. Texas has a median income of $61,874, while Illinois has a median income of $65,886. According to the 2020 Texas Relocation Report, more than half a million people have moved to Texas for the sixth year in a row. As a result, the answer to whether Texas is an excellent place to invest in rental real estate is yes. This question is answered with a resounding “yes” by the country’s population growth.

More than half a million people have relocated to Texas for the sixth year in a row.

The state of the economy is critical when it comes to multifamily investing. When a city or town experiences a surge in job growth, the population grows, and demand for rental properties rises as more people move to the area where the jobs are. In an ironic twist, homeowners will be more likely to become renters searching for more affordable housing as the economy worsens and unemployment rises. After all, everybody needs a place to live. Texas is the place to go if you’re looking for a great rental market. The unemployment rate in Illinois is 7.1 percent, while it is 6.70 percent in Texas. Due to its robust economy, which has resulted in an excellent job market. The overall economic situation is favorable for a manifold of reasons.

The state’s oil and gas boom, which has made it iconic, is the most well-known. The involvement of many Fortune 500 businesses, tech companies, and a wide range of job opportunities power the city’s thriving economy. A large healthcare sector and manufacturing companies, and prestigious colleges and universities are all involved. It’s also a great place to look for safe blue-collar jobs, which help to keep the country’s foundation and backbone strong.

Illinois has a 10.3 percent higher cost of living than Texas. On the other hand, Texas has a higher number of entry-level jobs, resulting in lower youth unemployment rates. In Illinois, the high cost of living has resulted in a rise in crime. Illinois is responsible for a significant portion of the murder rate in the United States. Homicides and other crimes have upsurged in the state, making it a dangerous place to live. Aside from murders, there have been gobs of other cases in Illinois that have made national news. The state of Illinois is going through an uptick in crime overall.

The absence of a state income tax is another aspect of Texas that makes real estate investment there such a good idea. As a result, buying rental property in Texas would save you a significant amount of money while still raising your income. You would, of course, be responsible for paying federal taxes. Consequently, it’s essential to be aware of all the ways you can reduce your tax liability.

Pay close attention to the “where” you want to invest or the “where” the company you want to invest in owns rental properties. Climate change has a significant effect. For example, the population density in the Southeast of the United States is far higher than the rest of the world. Therefore, if more businesses relocate to warmer climates, it will attract more visitors and increase employment.

Texas has a wide range of climates, from arid and semi-arid in the west to mild and subtropical in the east. The weather in Illinois is continental, with cold winters and warm summers and seasonal changes in temperature, humidity, cloudiness, and wind direction affecting companies in the area. Because of the milder temperatures, many people consider spring and fall to be the most enjoyable seasons.

What attracts people to Texas real estate? It is a condition that favors landlords. This is the essential consideration when determining whether or not a state is a safe place to invest in rental properties. If you don’t have the law on your side regarding landlord/tenant issues, it may not be worth it to sign a lease. Texas is known for being pro-landlord, claiming that the landlord should have some rights over their property, and with good reason: the property is yours, and you paid for it, not the tenant.

If you aren’t new to the game, you might be familiar with some of the conflicts that can arise between landlords and tenants. One of the most challenging problems when renting in a non-landlord-friendly state is getting the state to favor the tenant regarding evictions. When a tenant violates their lease agreement by failing to pay their rent, for example, the goal is to evict the tenant as soon as possible so that you do not go deeper into debt. If your state isn’t friendly to landlords, though, this could take months and cost you a great deal of money in legal fees as well as your time. It can be a frustrating situation.

Illinois is one of the few states that does not require landlords to have specific facilities. Instead, it is the landlord’s responsibility to ensure that the units are “habitable and fit for living.” According to precedent, this implied promise of habitability is broken when “the defect must be of such a substantial nature as to render the premises unhealthy or unsanitary, and therefore unfit for occupancy.”

Landlords are also required to complete repairs within 14 days of obtaining an order. Tenants have the choice of taking at least one alternate action if they don’t. They could make the repairs themselves and deduct the cost from their future rent payments.

What demographic factors should I take into account for multifamily investing in Illinois or Texas?

Factors like your age, gender, median income, and demography influence your investment decisions. Consider whether the population of the area where you want to invest is increasing or decreasing if you’re a landlord who relies on rental income.

Where is it better for multifamily investing, in Texas or in Illinois?

When determining whether or not to invest in rental properties in a specific state, this is the most crucial element to consider. If you don’t have the law on your side when it comes to landlord-tenant disputes, signing a lease might not be worth it. Texas is known for being pro-landlord.